With InDesign there are two distinct types of documents created with XML:

In our previous blog post, the XML text was flowed into the document’s most recent story (story -1). This worked simply because there was no other story in the document at the time the XML was placed. Of course, if the user adds other story elements to the document prior to placing the XML, this will break the script. To prevent this, the container for the story needs to be defined by its name or id. What is interesting is the fact that the parent story of the Primary Text Frame (on the master page) is different from the parent story of the Primary Text Frame on a page of the document. Be sure to use the text frame on the document’s page (not the master page) when giving the frame a name. (Use our handy NameIt script or provide a name for the reference to the frame in the Layers panel.)

With the frame named, a script can use the following code for placing the XML.

If running the script does not produce multiple pages in the document to accommodate the text, you need to make sure smart text reflow is set to true and add pages of text preferences is set to end of document. This can be done programmatically by adding the following to your script:

If this is a setting you want for the majority of your documents, you can set this in the Text Preferences panel for InDesign (Application menu > Preferences > Type). 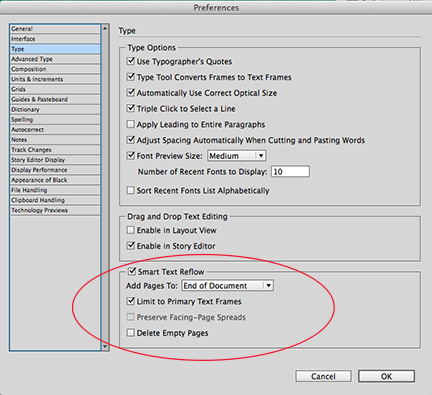 If the placed text is not styled as a result of running your script, you will want to add XML tag to style mapping in your script (see March 23 blog post). Alternatively, you can map tags to styles manually in InDesign’s Tags panel (Window > Utilities > Tags).

In adding XML tags to text, remember that the text is enclosed within a beginning and an ending XML tag.

The tag for an image is a little different as there is no text to place between the tags. Instead of text, the image tag defines the file location of the image as an attribute within the beginning tag.

Attributes are “metadata” that can be associated with an XML element. An attribute has a name and a value. The value is placed inside quotes following the name and an equal sign. An XML element can have any number of XML attributes, but each attribute name must be unique within the element. You cannot have two attributes named “id”, for instance.

The attribute for an image file is named href. This value can be either a fixed or a relative path to where the image is found (its URL locator). For the most part, your scripts will be using a relative locator which is relative to the location of the XML file. If the image and the XML file are in the same folder, the reference would be written similar to:

More often you will want your images to be located in a separate folder, with the folder at the same level as the XML file. In this instance, you precede the image filename with the name of the folder and a slash:

You can also use a shorthand method for writing a relative XML reference to a file:

If the XML for the document includes images, and you want to use autoflow, there is a little more work that needs to be done to make sure images import and place with the text as needed. The trick is in how the the document is created.

How much of the process you may want to automate will determine the extent of your script. We include some code to get you started. 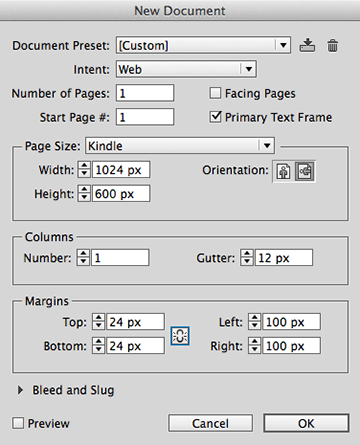 Once you have completed the steps your document should look similar to the following: 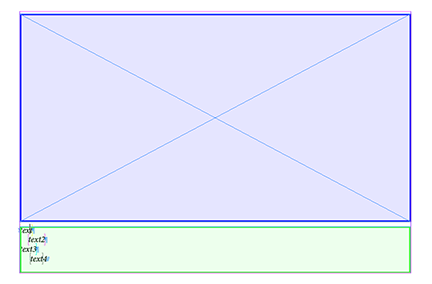 You might want to save the document at this point. To place the XML on the document, the following code can be used. The script assumes that you have named the Primary Text Frame on page 1 (“page”).

This script uses the named text frame on page 1 (Primary Text Frame) to place the XML from an XML file chosen by the user. This is the same XML file used for importing XML tags in Step 2 of the Prepare Document process above.

Code provided in this blog post is cut down to the bare minimum using hard-coded values instead of dialogs for user input, It assumes names of styles and tags to be associated (mapped) are the same.Very little is done as far as error checking. The fine points we will leave up to the user. What we have provided here is just an introduction to what can be done with XML. 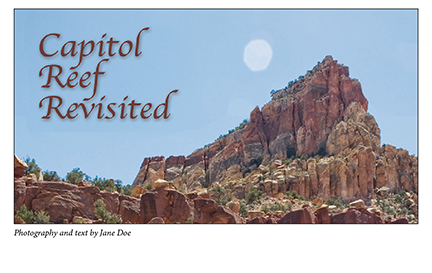 Our little demo is only a few pages long which gives little advantage for using a script. Consider, on the other hand, a document having many pages. In our next blog we will look at using XML to create an eight-up business card layout that could be used for any number of entries.

Check out our AppleScript page for resources you can use to make your own masterpiece. Our sample document has been posted as a Publish Online document at https://indd.adobe.com/view/05f652ba-6925-4ac2-ad3f-1046ee902173