I recently saw a demonstration of using XML import into InDesign. For me, the manual process looked laborious. This turned my attention to using scripts to import XML.

The advantage of using a script for importing an XML file is that it can be much simpler than the manual method. Additionally, the script can provide additional functionality.

A BRIEF INTRODUCTION TO XML

In case you are not familiar with XML there are just a few things you need to know:

As with a tree, the XML hierarchal structure starts with a root. Inside the root can be one or more trunks. And within each trunk there can be one or more branches. And branches can have leaves. I am sure you have the idea. Now, turn the tree upside down so the root is at the top and you have a structure that resembles that of InDesign and XML. In fact, the parent element at the top of InDesign’s XML structure is named “Root”.

Similar to HTML, XML identifies elements in the structure using tags. A tag is simply a pair of angle brackets surrounding an XML identifier, as in <trunk>. There is a tag at the beginning of a text element and one at the end. The ending tag is the same as the beginning tag with the exception that its identifier begins with a slash.

With case sensitivity, a capital A is not the same as a lowercase a. So just stick with lowercase in most situations in naming tags for XML and you will be fine. Any combination of alphanumeric letters and the underscore can be used for an XML tag identifier. This is what makes XML “extendable.”
You cannot start a tag with an underscore or a number. Try to use a tag that describes the role of the text within the document, such as <headline> or <text>.

For simplicity, our demonstration will use tags that match the names of our paragraph styles.

An XML file should start with a prolog. Although this is optional, it tells the world what kind of a file it is.

Lastly, the file must be saved with the .XML extension.

With all of the above in mind, the contents of the XML file could look like the following:

The next task is to have a template set up for the documents.

With this in place, all that is needed is a script.

The script begins by creating a document from a template selected by the user. Here we will have a template located in a folder named “Templates” inside InDesign’s application folder:

The path to the application folder is returned from the following AppleScript statement block that places the result in the variable appPath:

To add the Templates folder to the result it is necessary to convert the file reference (appPath) to a string (text) before adding (concatenating).

The script can now ask the user to select a file from the list of files in the Templates folder:

At this point, all the script has is a reference to the template file to open. Before the document is created, the script needs to make sure that XML import preferences are set as anticipated for the project. The call to the handler is placed after the user selects the template to be used. This is to assure that XML import preferences will not be altered without a document being created. Add this to the above:

This calls the following handler to set the preferences. The value of true indicates that the XML can process multiple records.

To create the document, another handler can be used. The handler will take two arguments: the string reference to the folder path (folderPath) and a true or false to indicate whether the InDesign document is to be closed after saving. If false, the document remains open.

To take care of any errors, all of this needs to be placed within a try/on error block. One such error will occur if the user cancels out of the choose file dialog. The docFromTemplate handler returns a reference to the document created.

With all of this, the top part of the script should read similar to the following:

The docFromTemplate handler opens the template chosen and allows the user to choose the folder and filename for saving. Additionally, the script checks to make sure the file name extension for the file is “.indd”.

It may be a good idea to run the script at this point just to make sure no errors have been made.

Now that there is a document for the XML, the script needs to place the file. For this the rest of the script will require the following information:

The template that will be used has a text frame on master page A-Master designed to hold the XML text. The script will get the X-Y coordinates for placing the file from the geometric bounds of this frame. The next segment of the script can be tested with the document created from above.

For the sake of testing, the remaining script sections will be written as stand-alones. 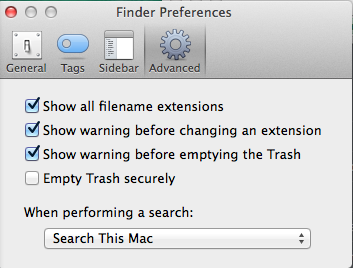 The code for this segment follows:

If an error is not thrown, the script can then import the XML. Again, this will be a standalone file for testing.

At this point you should be able to import an XML file into Adobe InDesign. When an XML file is imported its structure is shown in InDesign’s Structure panel. Learn to use the keyboard shortcut Command + Option + 1 to open this panel. It is also accessed from InDesign’s View menu: View > Structure.

For some projects, creating an InDesign template for XML import can be quite complex. This project starts out very simple: a document with primary text frame set to true. The document has nothing more than a single text frame on the A-Master page to define where the text will be placed. Margins for the page are set to correspond to the text frame. This technique works for a document where all pages of the document will be similar with all text for each page contained within one text frame or a series of linked text frames.

Now that you have the pieces of code, see if you can put them together into a single working script. Next, try to create an XML file just for fun. In doing so, make sure that you use a plain text editor such as TextEdit to create the file as plain text. If quotation marks are used within the text of the file, they need to be straight quotes (inch marks). InDesign will convert these to typographer’s quotes (that is, if you have convert straight quotes to typographer quotes set to true for text import).

If you get your script running without error, try using your script to import the XML file into an InDesign file created from your template.

In future posts for this series we will complete this project and introduce you to more exciting ways templates and XML files can be set up for even more eye-opening ways to take advantage of XML in your workflows.