If you have a need for speed, there is nothing like a couple of scripts to put your projects in high gear.

It seems that in today’s world, because computers have so much power, clients (and bosses) seem to think all one needs to do is wave a magic wand and the job is done. Little do many realize all the mind-numbing, little chores that are involved in putting a document (or project) together.

Placing and/or positioning multiple files in an InDesign document is one of those little chores that can eat up precious production time. If you are still doing it manually, you might want to consider automating the process with a script.

For this blog, we will look at another option for placing multiple files into a document. With this example, the files will be located in a folder named “images” inside the same folder as the target document.

The outline for the script might read as follows:

At its simplest, the script could be written as follows:

For this to be a bullet-proof script, code needs to be added to make sure the script runs without error. Items to consider are:

Of course, for this to work, the target document must be prepared with the image containers named as needed. Creating containers and giving them names may be almost as much work as just placing the images manually. So where does the time savings come into play?If saved as a template there is the possibility that it could be used multiple times with little modification. In creating the template, use a script to name the containers, and possibly assign object style and text styling. Below is an example of a simple template prepared with named containers to correspond with names of the image files.

There are even some circumstances where the script could also create the containers.An example is catalog pages where containers are created as a grid of rows and columns. 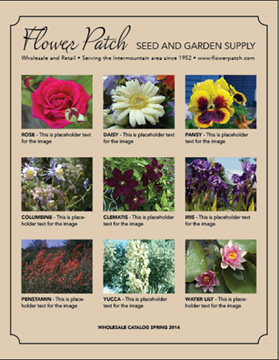 The next few blogs will be looking at issues and scripts involved in creating these and other templates.

As long as you will be using a script, think of the ways it could do more than just place images.

Fit the images to the containers

If the image files have metadata defined, the captions for the files could be created as part of the script.

Set the object style for the text frame created.

Fit the text frame to the text

Note that fit frame to content can be fussy, so we write the code instead

To make grouping an option, define a variable doGroup at the top of the script

That’s it. You might think of other things you would want your script to do. For instance, you might want to make sure the image frames comply with a given size or width-to-height ratio If the document is to be exported as an ePub, you may want to anchor the image containers.

In our next blog we will introduce a script that can be used to help create a template with image and text frames named for automated placement.