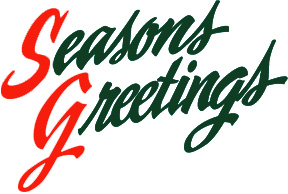 In keeping with the season, may we offer a fun little AppleScript script as a bonus that may leave you smiling.

Just copy the script into the AppleScript Editor and save it as an .app file on your hard drive (without options checked).

When you want to run it, make sure you have sound turned on and double-click the icon for the file.

Notice how the repeat loop parses through the two lists (theCounters and theCounted), adding theCounted to countedSoFar to create the string (thisThing).

The say command is part of the User Interaction suite for Standard Additions. Take a look at the say command to see how you can change how the script is spoken. Notice that you can save the output to an AIFF file.

Have fun and enjoy the season.